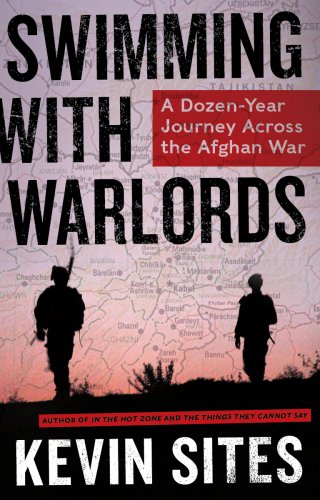 PRAISE FOR SWIMMING WITH WARLORDS, THE LATEST WORK FROM AUTHOR/JOURNALIST KEVIN SITES:

“Kevin Sites is one of our national treasures—a fearless correspondent who has devoted himself to documenting not just the facts of war, but also its deepest emotional textures.

Here is a thinking, feeling eyewitness to history who knows the perverse excitement of battle, but who questions every raw experience with plangent curiosity.

Read Swimming With Warlords and you will never think of Afghanistan, or America’s ragged entanglements there, in the same way again.”

—Hampton Sides, New York Times bestselling author of
Ghost Soldiers and In the Kingdom of Ice 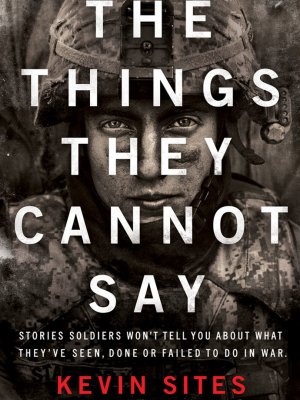 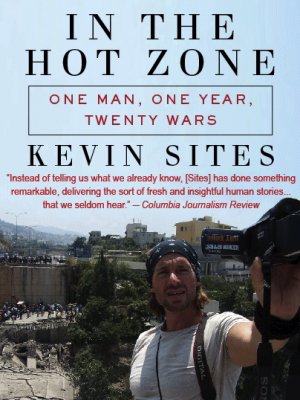 In his groundbreaking Hot Zone project, he covered nearly every war in the world in one year earning the 2006 Daniel Pearl Award for Courage and Integrity in Journalism.

He’s the author of three books on war, all published by Harper Collins imprint, Harper Perennial. The latest, Swimming with Warlords: A Twelve Year Journey Across the Afghan War, was released in October 2014. He’s also the author of, In the Hot Zone: One Man, One Year, Twenty Wars and The Things They Cannot Say: Stories Soldiers Won’t Tell You About What They’ve Seen, Done or Failed to Do in War.

In 2010, Sites was chosen as a Nieman Journalism Fellow at Harvard University and in 2012, he was selected as an Ochberg Fellow in Journalism and Trauma at Columbia University.

He’s an Associate Professor of Practice in the Journalism and Media Studies Centre at the University of Hong Kong and contributor to many print and online publications including, Vice Magazine, Aeon, Men’s Health and Salon. He splits his time between Hong Kong and Southern California. 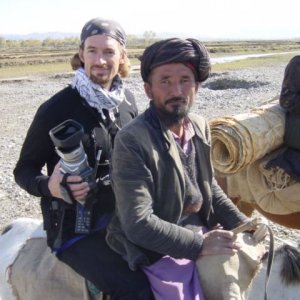 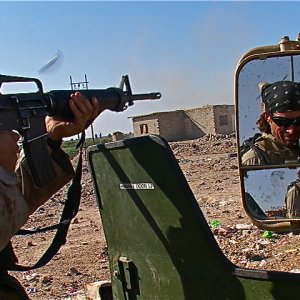 Originally published in Vice Magazine, January 28, 2013
William Wold seemed fine initially when he came home from Iraq, according to his mother, Sandi Wold, when [...]

PTSD sufferers are not all ticking time bombs: Column

Originally published in USA Today, February 24, 2014
Eddie Ray Routh, an Iraq War veteran who has been charged in [...]

Originally published in Dart Center.org, October 5, 2014
A pro-democracy participant using megaphone to reach a massive crowd in the Admiralty...

Originally published in Vice.com, October 24, 2014
Kevin Sites is a war correspondent who VICE and several other major media companies...

We were the ones who shot them

Originally published in Vice Magazine, October 14, 2014
Under the cover of a moonless night in mid-October 2001, I found myself loading thousands of [...]

Those Who Face Death

The Unforgiven: How do soldiers live with their guilt

Originally published in Aeon Magazine, April 9, 2014
November 2004, against a shattered wall in south Fallujah in Iraq, with video rolling, I conduct [...]

Originally published in Alert Diver magazine, August 2015.
Police divers descend to new depths for justice.
Sgt. David Mascarenas was stewing in his own sweat inside a [...]

Even before a much-touted fall offensive in Kandahar Province, the United States suffered its deadliest month yet in Afghanistan with 66 Americans killed in July. GlobalPost’s Kevin Sites looks [...]

GRAPHIC SURGICAL PROCEDURES VISIBLE When a thirteen-year-old Afghan boy named Habibullah caught his arms in a flour mill they were nearly shredded from his body. The only hope to save both his [...]

EXTREMELY GRAPHIC IMAGES: VIOLENCE, WOUNDED SOLDIERS AND DEAD BODIES. NOT NOT NOT SUITABLE FOR [...]

VERY GRAPHIC IMAGES: VIOLENCE, WOUNDED SOLDIERS AND DEAD BODIES. NOT NOT NOT SUITABLE FOR [...]

GRAPHIC IMAGES: VIOLENCE, WOUNDED SOLDIERS AND DEAD BODIES. NOT NOT NOT SUITABLE FOR CHILDREN. [...]

At the table with the patient with the leg wound, Staff Sgt. Ben Swob, part of the newly [...]

After six hours on the road, Afghan National Army soldiers wave down the convoy and tell them [...]

After six hours on the road, Afghan National Army soldiers wave down the convoy and tell them [...]

In Afghanistan, war is increasingly waged by robots, unmanned aircraft and remote control. In [...]

The Things They Cannot Say (Trailer)

In The Things They Cannot Say, eleven soldiers and Marines display a rare courage that [...]

Journalist Kevin Sites joins Morning Joe to discuss his new book “Swimming with Warlords,” which finds him returning to Afghanistan 10 years after his first visit in 2001.   [...]

KTLA: Kevin Sites on His New Book ‘Swimming With Warlords

NPR: When U.S. Leaves After 12 Years, What’s Next For Afghanistan?

Journalist Kevin Sites reported from Afghanistan when the United States invaded in 2001, and he has been back a handful of times. With U.S. and NATO troops scheduled to withdraw next year, Sites [...]

KPCC: ‘The Things They Cannot Say’: Inside the secret world of soldiers

Stories Soldiers Won’t Tell You About What They’ve Seen, Done or Failed to Do in War By Kevin Sites (Harper Perennial; 295 pages; $15.99 paperback) When soldiers discuss their [...]

On the streets of Fallujah, Iraq in 2004, veteran journalist Kevin Sites interviewed William Wold (Video link, starts at 23:00), a young Marine emotionally charged from combat, who had killed six [...]

A World of Conflict
Feature length documentary, companion to book, In the Hot Zone