In the Hot Zone 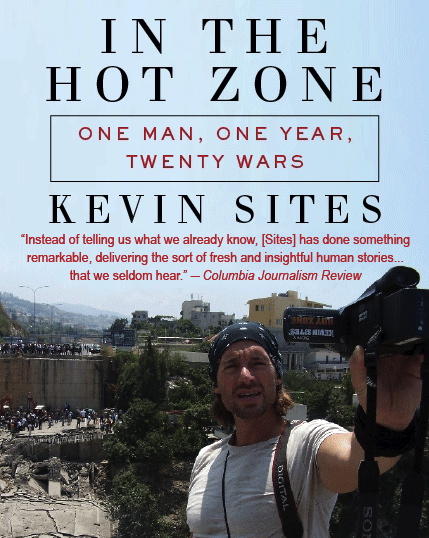 In The Hot Zone

Kevin Sites is a man on a mission. Venturing alone into the dark heart of war, armed with just a video camera, a digital camera, a laptop, and a satellite modem, the award-winning journalist covered virtually every major global hot spot as the first Internet correspondent for Yahoo! News. Beginning his journey with the anarchic chaos of Somalia in September 2005 and ending with the Israeli-Hezbollah war in the sum- mer of 2006, Sites talks with rebels and government troops, child soldiers and child brides, and features the people on every side, including those caught in the cross fire. His honest reporting helps destroy the myths of war by putting a human face on war’s inhumanity. Personally, Sites will come to discover that the greatest danger he faces may not be from bombs and bullets, but from the unsettling power of the truth.

Praise for In the Hot Zone

“Kevin Sites represents the next step in the evolution of journalism.”
–New York Post

“Instead of telling us what we already know (Sites) has done something remarkable, delivering the sort of fresh and insightful human stories that we seldom hear.”
-Columbia Journalism Review

“…these images and dispatches from the numberless rooms of hell have an undeniable cumulative power.”
-Kirkus Reviews

Shooting Victim Tells How To Stop the Violence