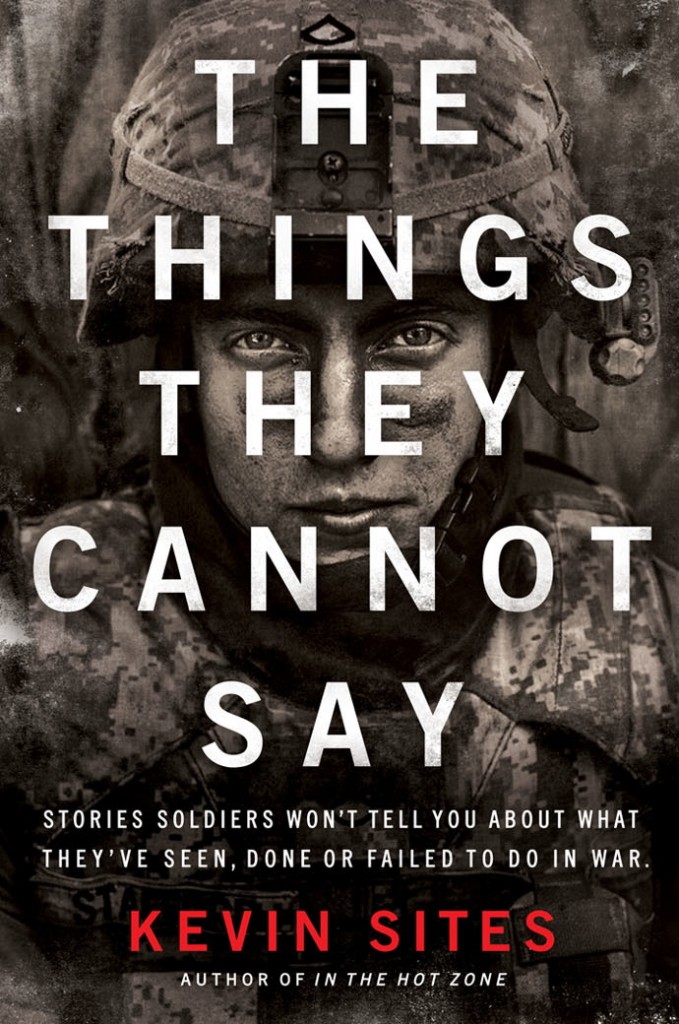 In The Things They Cannot Say, eleven soldiers and Marines display a rare courage that transcends battlefield heroics—they share the truth about their wars. For each of them it means something different: one struggles to recover from a head injury he believes has stolen his ability to love, another attempts to make amends for the killing of an innocent man, while yet another finds respect for the enemy fighter who tried to kill him.

Award-winning journalist and author Kevin Sites asks the difficult questions of these combatants, many of whom he first met while in Afghanistan and Iraq and others he sought out from different wars: What is it like to kill? What is it like to be under fire? How do you know what’s right? What can you never forget?

Sites compiles the accounts of soldiers, Marines, and their families and friends, and also shares the unsettling narrative of his own failures during war (including complicity in a murder) and the redemptive powers of storytelling in arresting a spiraling path of self-destruction.

He learns that war both gives and takes from those most intimately involved in it. Some struggle in perpetual disequilibrium, while others find balance, usually with the help of communities who have learned to listen, without judgment, to the real stories of the men and women it has sent to fight its battles.

Praise for The Things They Cannot Say

The Things They Cannot Say is a vivid set of portraits of modern combatants written in prose that move with speed and heat…
-Edward Tick, Author, War and the Soul and Co-Director of A Soldier’s Heart

A stunning, courageous work of impeccable depth and candor, written by a man who has seen more war than anyone I’ve ever met. This book is a must read for every American.
-Sean Parnell, New York Times bestselling author of Outlaw Platoon

Are Some Sports Too Extreme?

In the Hot Zone