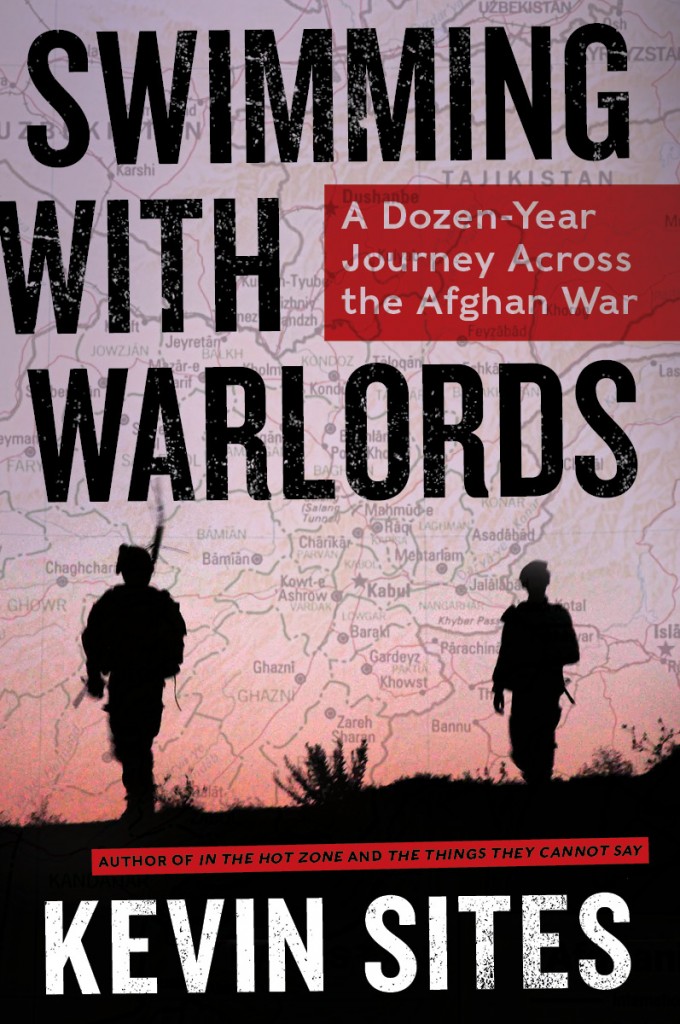 As a journalist for NBC News, Kevin Sites made his first trip to Afghanistan in October 2001, crossing the Amu Darya River at night, traveling with Northern Alliance fighters as they toppled the Taliban regime with the help of American forces. In that first hundred days, he lost seven colleagues and nearly his own life. Since then, Sites has returned five more times. On his last trip in summer 2013, on the eve of America’s planned withdrawal, he retraced the steps of his first original odyssey to examine what, if anything, has changed.

Using his trademark immersive style, Sites uncovered surprising stories with unexpected truths. He swam in the Kunduz River with an infamous war- lord named Nabi Gechi, who demonstrated his fearsome killing skills as well as a genius for peaceful invention. Sites talked with ex-Taliban fighters, politicians, female cops, farmers, drug addicts, and diplomats, and patrolled with American and Afghan soldiers. In Swimming with Warlords he helps us understand this country of primitive beauty, dark mysteries, and savage violence, as well as the conflict that has cost billions of dollars and thousands of lives—and what we might expect tomorrow and in the years to come.

Praise for the latest book by Kevin Sites, Swimming with Warlords…

Kevin Sites is one of our national treasures—a fearless correspondent who has devoted himself to documenting not just the facts of war, but also its deepest emotional textures. Here is a thinking, feeling eyewitness to history who knows the perverse excitement of battle, but who questions every raw experience with plangent curiosity. Read Swimming With Warlords and you will never think of Afghanistan, or America’s ragged entanglements there, in the same way again.

—Hampton Sides, New York Times bestselling author of
Ghost Soldiers and In the Kingdom of Ice